Are We in a Bull or Bear Market? 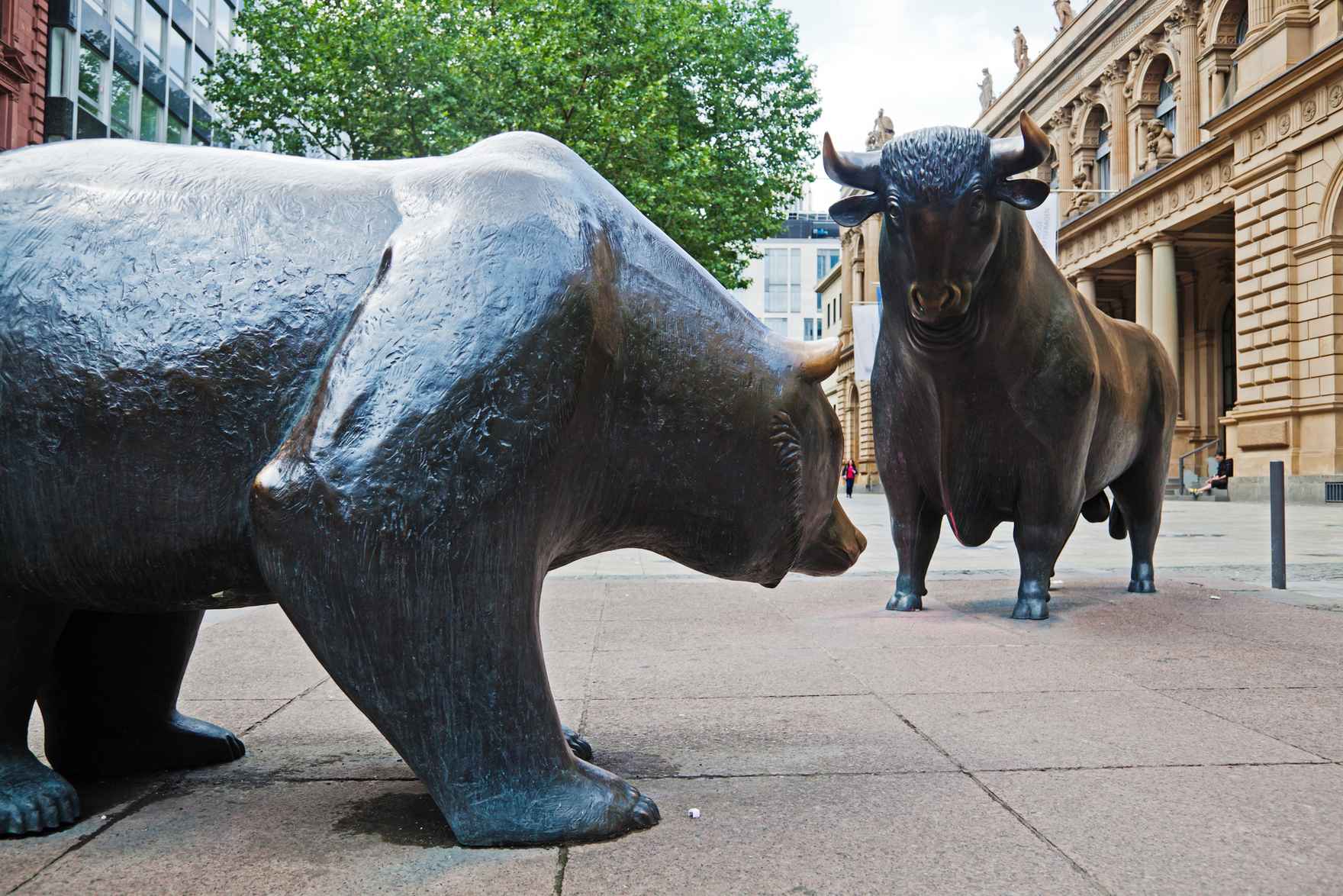 A reader recently asked: "I've heard about Bull and Bear Market... I wonder what's the definition of each one? and how do we recognize each one?" Great question!

- A bull market occurs when the market as a whole is rising.

- A bear market occurs when the market as a whole is declining.

- No one can time the market, so forget about even trying. Focus on buying quality undervalued companies.

Bull Market
A bull market is associated with increasing investor confidence, and increased investing in anticipation of future price increases (capital gains). A bullish trend in the stock market often begins before the general economy shows clear signs of recovery.

Examples of Bull Market India's Bombay Stock Exchange Index, SENSEX, was in a bull market trend for about five years from April 2003 to January 2008 as it increased from 2,900 points to 21,000 points. Notable bull markets marked the 1925-1929, 1953–1957 and the 1993-1997 periods when the U.S. and many other stock markets rose; while the first period ended abruptly with the start of the Great Depression the end of the later time periods were mostly periods of soft landing, which became large bear markets. (see: Recession of 1960-61 and the dot-com bubble in 2000-01)

Bear Market
A bear market is a general decline in the stock market over a period of time.[5] It is a transition from high investor optimism to widespread investor fear and pessimism.

According to The Vanguard Group, "While there’s no agreed-upon definition of a bear market, one generally accepted measure is a price decline of 20% or more over at least a two-month period."[6]

Examples of Bear Market A bear market followed the Wall Street Crash of 1929 and erased 89% (from 386 to 40) of the Dow Jones Industrial Average's market capitalization by July 1932, marking the start of the Great Depression. After regaining nearly 50% of its losses, a longer bear market from 1937 to 1942 occurred in which the market was again cut in half.

The most recent examples occurred between October 2007 and March 2009, as a result of the global financial crisis. No one knows which market we are currently in (these articles don't really reach a conclusion):

Are We in a Bull or Bear Market? 3 Reasons Why The Bear Market is Back Secular Bull And Bear Markets

Well the one caveat I might add is if you hear that we are in a Bear Market or a Bull Market in the day to day news, really stop looking at your portfolio if you are in it for the long term, or are passively investing (i.e. Index Funds and such). In either situation looking and seeing larger than average changes might entice you to make drastic changes (i.e. you start following the lemmings) due to fluctuations in the market.